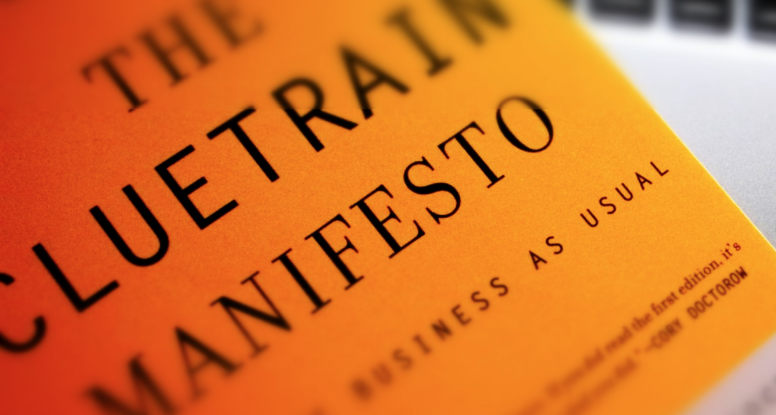 It has been sixteen years since our .

From the serious to the lolworthy to the wtf, we have up-ended titans, created heroes,  and changed the most basic assumptions about
How Things Work and Who We Are.

But now all the good work we’ve done together faces mortal dangers.

These are The Fools, the businesses that have merely adopted the trappings of the Internet.

Now two more hordes threaten all that we have built for one another.

The Marauders understand the Internet all too well. They view it as theirs to plunder, extracting our data and money from it, thinking that we are the fools.

But most dangerous of all is the third horde: Us.

A horde is an undifferentiated mass of people. But the glory of the Internet is that it lets us connect as diverse and distinct individuals.

We all like mass entertainment. Heck, TV’s gotten pretty great these days, and the Net lets us watch it when we want. Terrific.

But we need to remember that delivering mass media is the least of the Net’s powers.

The Net’s super-power is connection without permission. Its almighty power is that we can make of it whatever we want.

It is therefore not time to lean back and consume the oh-so-tasty junk food created by Fools and Marauders as if our work were done. It is time to breathe in the fire of the Net and transform every institution that would play us for a patsy.

An organ-by-organ body snatch of the Internet is already well underway. Make no mistake: with a stroke of a pen, a covert handshake, or by allowing memes to drown out the cries of the afflicted we can lose the Internet we love.

We come to you from the years of the Web’s beginning. We have grown old together on the Internet. Time is short.

We, the People of the Internet, need to remember the glory of its revelation so that we reclaim it now in the name of what it truly is.

Once were we young in the Garden…

a. Internet is us, connected.

b. The Internet is nothing and has no purpose.

d. The Net is not a medium.

e. The Web is a Wide World.

But oh how we have strayed, sisters and brothers…

a. How did we let conversation get weaponized, anyway?

Of mijn artikel over the Cluetrain Manifesto uit 2007